Destroying PFAS once and for all

Per- and polyfluoroalkyl substances (PFAS) are a group of over 7000 synthetic compounds, valued for their liquid repellent properties. Over the last few decades, the health consequences of PFAS contamination in the environment have come under the spotlight. The problem is, these chemicals are incredibly durable – making them useful for product manufacturing – but impossible to destroy.

In May of this year, the U.S. Environmental Protection Agency (EPA) announced the winners of the Innovative Ways to Destroy PFAS Challenge. This challenge focused on identifying ways to destroy PFAS in concentrated aqueous film forming foam (AFFF), a type of firefighting foam that is currently the greatest source of PFAS contamination in the environment. The winner was Washington-based Startup, Aquagga, for their hydrothermal processing technology that leverages the unique properties of high-temperature and high-pressure water that completely breaks down PFAS molecules.

Forever chemicals
The first PFAS chemicals were developed by accident, while scientists were experimenting with carbon-based reactions. The chemists discovered that the new compound was impossible to breakdown, and had a remarkable ability to repel oil and water.

“PFAS are now found in our groundwater, wastewater, and soil systems throughout the world,” said Aquagga Co-founder and CEO, Nigel Sharp.

The durability of PFAS chemicals means they bioaccumulate in the environment, and are incredibly difficult to destroy; lending them the name ‘forever chemicals’.

The U.S. Center for Disease Control and Prevention (CDC) have discovered a host of health effects associated with PFAS exposure, including cancer, liver damage, decreased fertility, and increased risk of asthma and thyroid disease. Today, the EPA estimates that 99% of Americans, including newborn babies, have detectable levels of forever chemicals in their blood.

“PFAS have noticeable health effects even at incredibly low concentrations,” said Sharp. “This is without a doubt the worst emerging contaminant this century.”

Bringing an end to PFAS
“The regulation of PFAS only began in the 1990s, initially by banning of some AFFF firefighting foam usage, but authorities have really struggled to control it,” said Sharp.

Although there are a number of water treatment solutions that can filter out PFAS, the chemicals are almost impossible to dispose of safely once extracted.

“It is currently being treated like nuclear waste – some are proposing digging big holes and burying it in the ground because people really don’t know what to do with it,” said Sharp.

In response to this problem, Sharp, and his colleagues at Aquagga, Brian Pinkard, Chris Woodruff, and Jonathan Kamler, designed the first known technology that can fully break down these compounds without producing harmful byproducts.

“We use what we like to call ‘a pressure cooker on steroids’ that creates a high temperature, high pressure system in an alkaline environment, which completely breaks down the PFAS molecules,” said Sharp.

“We do a fluorine mass balance across our process and showcase that all the fluorine that’s in there has disconnected from the carbon and converted to fluoride – which similar to the calcium fluoride you find in toothpaste,” said Sharp. “The byproducts are clean water and some salts that can be easily disposed of.”

Aquagga’s technology won them first prize out of 120 applicants at the EPA’s Innovative Ways to Destroy PFAS Challenge. The company is currently working with the U.S. Department of Defense, one of the biggest users of firefighting foam, to help remove and mitigate the spread of PFAS chemicals into the environment.

PFAS contamination sources in the U.S

While firefighting foams are a top priority, there are other industries showing high levels of PFAS contamination too. The oil and gas, and wastewater industries are both areas of concern, as are landfill sites where products containing PFAS are often disposed of. Despite being labelled ‘eco-friendly’ – even composting sites are showing high levels of contamination due to the fact that biodegradable packaging is often coated with PFAS.

Clearly PFAS is a big problem, and big problems require diverse and effective solutions deployed at scale. But enabling these solutions to flourish will require strong policies and legislation aimed at preventing new contamination incidents, and remediating those that have already occurred.

The PFAS Action Act
Late last month, the PFAS Action Act of 2021 passed in the U.S. House of Representatives. The act requires the U.S. Environmental Protection Agency (EPA) to establish national standards for PFAS levels in drinking water. It seeks to categorise the entire class of PFAS chemicals as “hazardous,” empowering the EPA to take action to clean up contaminated sites across the country and allocate $200 million for water utilities and wastewater treatment.

The bill is step in the right direction, and will put pressure on industry to clean up their act. Direct waste water discharges into water sources will likely be the first target for the EPA, as they enforce stricter regulations on the PFAS levels acceptable in drinking water.

However, some groups representing the water sector, including the American Water Works Association and the National Association of Clean Water Agencies, disagree with provisions in the PFAS Action Act, saying that it puts the burden on water treatment facilities rather than the polluters themselves.

The PFAS Action Act may require some adjustments, but it signals that the government is starting to take the threat seriously.

“Congress made clear once again to the American people that clean drinking water and combatting the PFAS crisis is a priority,” said Michigan Rep. Debbie Dingell, who helped introduce the legislation. “We’ve known about these harmful forever chemicals for decades, and it’s time we have federal policies in place to combat these threats to our air, our land, our water, and our communities.”

The bill still awaits approval from Senate before it will become federal law. However, the National Law Review is optimistic: “Our prediction remains that in 2021, PFAS drinking water rules will be finalized at the federal level.”

While entrenching the act in federal law would be a gamechanger, it would only be the beginning in the fight against PFAS contamination.

“It’s not just a water problem, it’s a bigger problem. Previously generations had to deal with asbestos and CFCs – this is the scale we’re talking about,” said Sharp. “It’s going to take all hands on deck to work through this problem.”

Sharp concluded: “There is a growing need for people in technology and water industries to come up with solutions not just to remove PFAS, but destroy it – and that is what we are doing at Aquagga.” 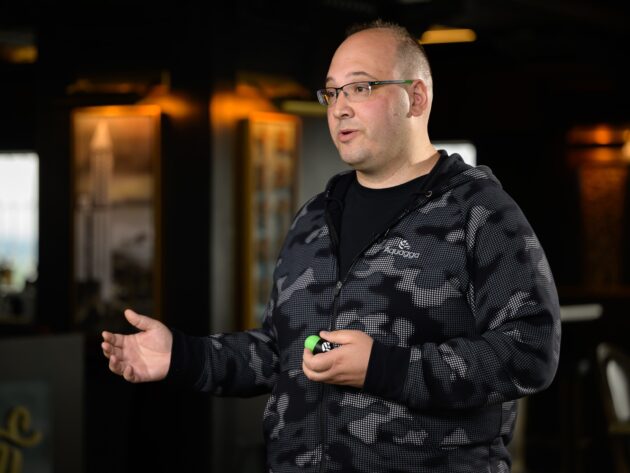 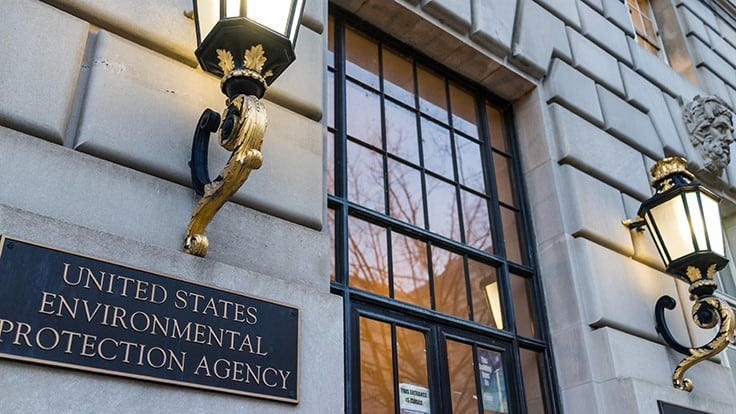 EPA to fund small businesses for waste and recycling technology

Thank you! Your submission has been received!
Oops! Something went wrong while submitting the form.
Monthly email – No spam ever.